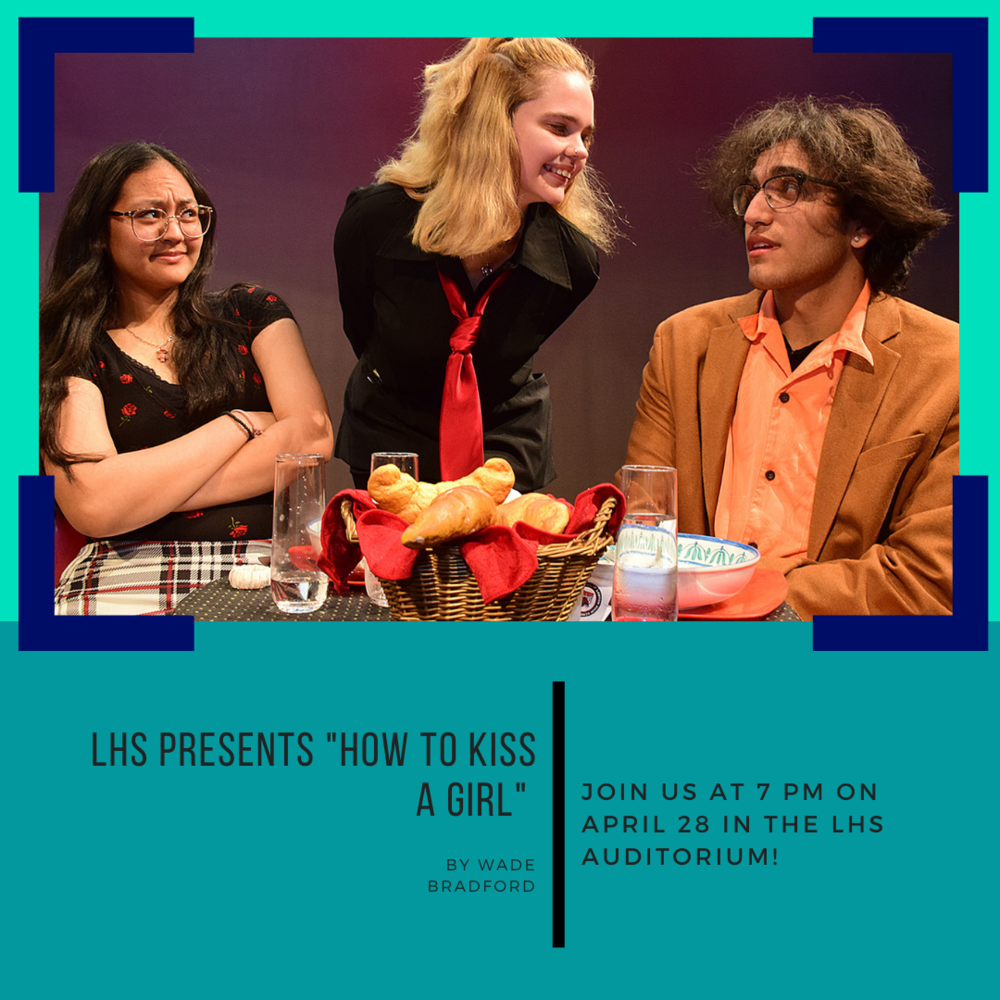 LHS Drama Presents "How to Kiss a Girl"

The Lawton High School drama program will present its annual play for the public at 7 p.m. Wednesday in the school auditorium, 601 Fort Sill Blvd.

The play, “How to Kiss a Girl,” is a one-act romantic comedy written by Wade Bradford and based on a tweet by Leslie Kenner.

Arline Taylor, drama teacher at LHS, said the play is about a young man who is going out on his first date with a girl he's known for a while. He is nervous and connects to his Bluetooth to get advice while on his date. The program he is using changes throughout his date and causes confusion and laughter.

The play is new to LHS and draws on the talents of 14 students. Five actors appear onstage and two provide voices for the often-conflicting advice provided by the Bluetooth. The lead roles are filled by Connor Toscano and Samantha Polichetti.

Taylor said she is thrilled about the presentation and she “can't wait for the audience to see how we combined ‘cyber’ with live theater. Notice the way our lead actor interacts with both the live actors and the ‘cyber" voices.

There is no set admission charge for the Wednesday performance, but donations will be accepted.

A show is also scheduled for students on April 28. Tickets will be $2. 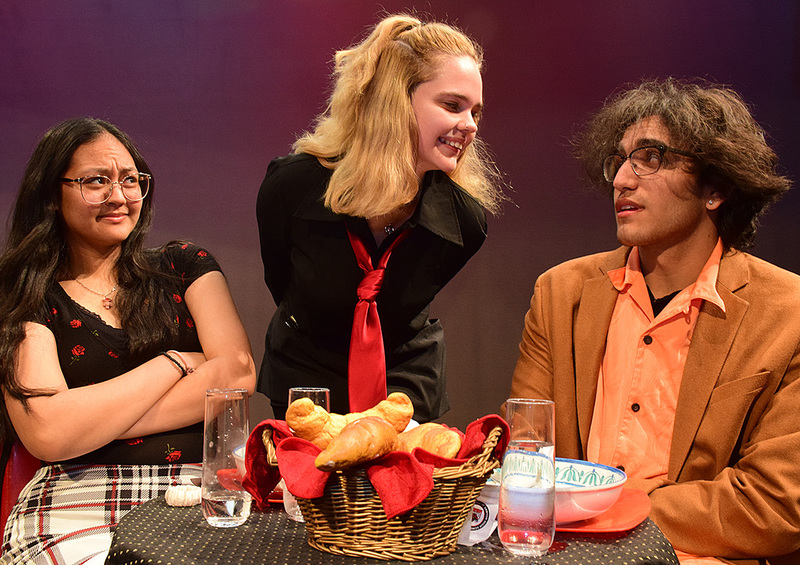 Connor Toscano and Samantha Polichetti are served a dinner of fettuccine with a side order of flirting by Kylie Herren, center, in a scene from Lawton High Schools' upcoming spring theater production.